ICS provides cyber security services and consulting for organizations in Austin and surrounding areas. Call today for a security evaluation. It’s Expected That Cybercrime Will Cost Approximately $6 Trillion Annually By 2021 – Up from $3 Trillion in 2015. This Makes Cybercrime Even More Profitable Than the Global Trade of ALL Illegal Drugs Combined. So How Can You Stay Safe Against This Increasing Threat? Effective Cyber Security Services in Austin by ICS Professionals Will Be the Right Move for Your Business.

Typically, a cybercriminal attacks the devices or network to:

ICS experts provide a knowledgeable and comprehensive suite of cyber security services in Austin to help your business avoid the cyber risks of today.

Cybercriminals perform a range of attacks to accomplish their objectives, including but not limited to:

Malware such as worms, spyware, viruses, and other programs that contain malicious code. Once the malware is activated, they can begin to gather information or take control of your system. This can include:

Ransomware wherein the attacker manages to get into your system, encrypt all of your files and/or programs, and demand a ransom in exchange for the decryption key.

Although this is not an exhaustive list, the threats listed above tend to be the most commonly used. It’s also important to keep in mind that there are various “threat vectors” that act as a means for hackers to gain access to your systems.

Some of the most popular attack vendors include: 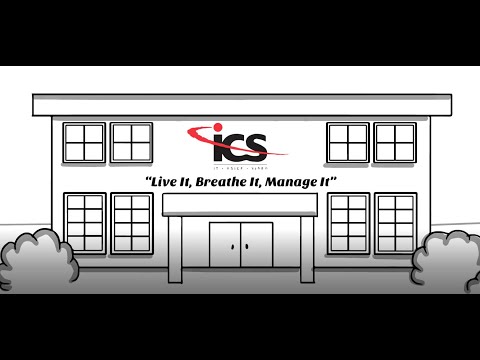 “ICS is always very helpful when I call to place a service ticket or with general questions. Desiree is very pleasant & very responsive. Everyone at ICS has always been very good to me. I would definitely recommend ICS to other businesses!”

“Chris Hudson with ICS was a huge help in solving the issue with our server. He was able to troubleshoot and locate the problem and get it corrected so that we could get back to working asap! Great customer service and clear communication skills as well.” The Types of Attacks Every Austin Business Needs to Know About…

There are many reasons why a cybercriminal chooses to perform an attack, but in many cases, the motivation is financial. Whether they’re stealing product development research to sell to a competitor or they’re encrypting your files to demand a ransom, they’re often looking to make a profit.

In some cases, cybercriminals may perform an attack for political reasons – aiming to expose an establishment, such as governments, financial institutions, or another entity they believe is corrupt.

How Can You Stay Safe Against Cybercrime?

As threats continue to evolve – becoming more coordinated, complex, and targeted, it’s more important than ever before to stay safe against cybercrime. Today, this means you need a multi-layered approach that incorporates a range of tools, processes, and procedures:
1
Install an enterprise-grade firewall that protects against unauthorized access and dangerous traffic on the network.
2
Run antivirus software regularly to detect any sort of malicious activity on the network.
3
Follow password best practices in terms of creating strong passwords, not reusing them on various services, and changing them regularly.
4
Apply the latest patches and updates to all of your software and operating systems to ensure they’re up-to-date and protected.
5
Use multi-factor authentication wherever possible to safeguard accounts with two methods of authentication required, such as a password and PIN sent to your phone.
6
Keep your staff members trained on cybersecurity with regular awareness training sessions that teach them how to detect and respond to threats.

Get Started with a 60-Day, Risk-Free Trial with our IT Services

We offer managed IT services for large to small organizations at a flat-rate monthly fee. You can get started now with a 60-day, risk-free trial. If you’re not 100% satisfied with our services, you’re able to cancel your contract – no questions asked. ICS works hard to earn the trust of each and every business we work alongside.
give us a try

Get Started with a 60-Day, Risk-Free Trial with our IT Services

We offer managed IT services for large to small organizations at a flat-rate monthly fee. You can get started now with a 60-day, risk-free trial. If you’re not 100% satisfied with our services, you’re able to cancel your contract – no questions asked. ICS works hard to earn the trust of each and every business we work alongside.

Give Us A Try

Tamara B
IT Specialist

Looking For A New IT Service Company?

What Makes Us Unique

Get in touch with us today to find out how can we help you.